One of the earliest psychologists to study how the mind of a child develops was Jean Piaget. Prior to his research, the assumption was that a child thought like an adult, but simply had less experience or processing power. Piaget discovered that there was a qualitative, rather than quantitative, difference in thinking between childhood and adulthood. In other words, children are not simply less experienced or intelligent than adults; they actually think very differently.

The sensorimotor stage. During the first stage of cognitive development, which occurs from birth to age two, children learn about the world through their senses and motor habits. Children develop object permanence (the idea that an object continues to exist even when out of sight), exhibit simple goal-directed behavior, and can mentally represent things they encounter in everyday life.

The preoperational stage. During the second stage of cognitive development, which lasts from the age of two to approximately the age of seven, children engage in make-believe and symbolic play. Thinking becomes slightly more complex, but children cannot yet perform tasks that involve reversing a series of steps. Let me give an example…your three-year old is building a tower of blocks and the blocks fall over resulting in a meltdown. At this age, the child does not understand that things can be “put back as they were” easily. In the preoperational stage, children tend to focus on only one aspect of a situation (called centration) and cannot see the world from someone else’s perspective (called egocentrism).

The formal operational stage. In the fourth stage of cognitive development, which begins around the age of 11, the individual begins to think more scientifically (he or she can develop hypotheses and deduce logical, testable inferences) and more abstractly, but the progression to fully adult-like thinking occurs over time. More effective and complex thinking results in a fundamental change in the way an adolescent views him or herself and those in his or her social environment. At the beginning of this stage, the adolescent starts to understand that other people may have a different perspective, but egocentric thinking still colors the adolescent’s view of what that perspective might be. In other words, adolescents understand that other people have opinions and perspectives, but still mistakenly assume those perspectives to be similar to their own. Because of a newfound ability to think about “what could be” rather than “what is”, the adolescent also tends to focus on the ideal, and they may have an incomplete or inaccurate perception of reality regarding everyday life or relationships. Idealism eventually gives way to realism, but this development can create intrapersonal tension and conflict. Newer research in this area has shown that even many adults are not fully formal operational thinkers.

The postformal stage. While not a part of Piaget’s original theory, some researchers have proposed the existence of an additional stage of cognitive development. The postformal stage of cognitive development is characterized by the ability to understand that all knowledge is relative, that contradictions in knowledge can exist, and that contradictions can be integrated into a whole. The key difference between the postformal thinker and those in earlier stages of development is that an individual in the postformal stage has an ability to accept and integrate things that appear on the surface to be incompatible, whereas individuals in the concrete operational and formal operational stages must arrive at a single, correct answer or truth. 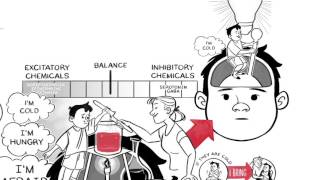 Is it OK to Change Therapists?

Resources for Coping with School Violence